Magical Mondays - PhotoPass+, an Enhanced Package to Debut at WDW 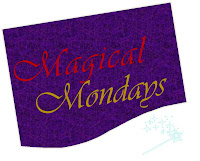 A report on TouringPlans.com has been posted that a new, enhanced "PhotoPass+" service will debut at Walt Disney World this Wednesday, April 4th.  Guests can purchase the new package at any theme park, resort and even at Downtown Disney for $199.95.  This new package will provide guests access to high quality digital photos taken in-park by the

Since this is still a brand new package yet to be rolled out, there are details that remain to be announced – things like how premium dining locations that already provide a photo package with the meal (Akershus Royal Banquet Hall and Cinderella’s Royal Table) will mesh with the current pricing structure, among others.   But looking at the prices for a la carte character meal photo packages and on-ride photos, if a guest typically buys several of the existing photo packages during their Walt Disney World vacation, this enhanced PhotoPass package could save a good deal of money. If a guest typically does not buy the photos, this deal might just be enough to get them to make that leap since all in-park photos would be included.  Normally we skip the in-park photos and dining location photos, but depending on how it actually plays out, we will probably give it a look on our next WDW vacation.

Since this has only been on unofficial sites such as Touring Plans.com and MousePlanet.com so far, watch for actual details from official sources at Disney very soon.
Posted by Let's Adventure! We Can Show You The World! at 8:48 AM No comments:


Professor Barnaby Owl's Photographic Art Studio, located at the end of Splash Mountain in Critter Country, opens and offers ride photos of guests as they exit the attraction.  It is the first installation of on-board ride photography in a Disney park. The idea was suggested by Walt Disney Company CEO Michael Eisner.
Posted by Let's Adventure! We Can Show You The World! at 10:16 AM No comments: