Any Bridgerton fans out there? How about this tour experience:
Highlights include Bridgerton film locations, including London, Greenwich, Bath, the Cotswolds, & York.
You'll see Ranger's House, featured as the Bridgerton family's wisteria-clad home; Syon House and Park, Painshill Park, Wilton House, Clyvedon Castle, the Royal Crescent, Stowe Park, and Hatfield House...among many other outdoor filming locations that bring the Regency Era drama to life.
This 7-night experience features 4-star hotels, daily breakfasts, three 3-course dinners, walking tours, luxury coaches, admission to museums, and special spots used in filming, and can be customized to suit your small groups' touring pleasure.
Sound interesting? Reach out and let's chat about dates and rates. This could be a wonderful experience once England re-opens later this summer. 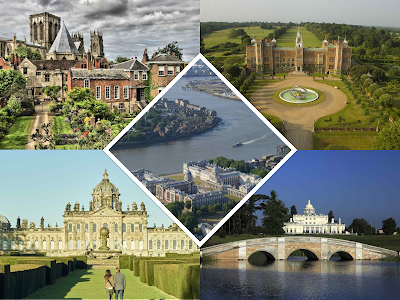 Posted by Let's Adventure! We Can Show You The World! at 5:13 PM No comments:

I'm getting ready to head out to the airport for a week's conference in South Florida, and am busily trying to finalize some fabulous trip quotes for some great people before I leave. So many wonderful adventures to be enjoyed, and destinations to discover and explore! I love being busy, and I love helping people explore our great big beautiful world! Where can I help you discover something new?
#travelconcierge #exploretheworld #landvacations #cruiseplanners #morethanjustcruises #travelwhileyoucan #tomorrowisnotguaranteed 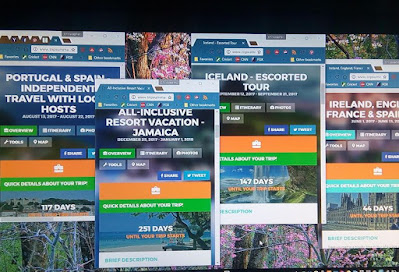 Posted by Let's Adventure! We Can Show You The World! at 10:13 AM No comments:

London.  The city which is steeped in pomp and pageantry; the city where history and tradition are not merely prized, but rather integrated into daily life; the city of modernity in art, fashion, music, education, commerce, and entertainment; the city that claims itself to be the capital of the 21st-century Europe.  London, as Ralph Waldo Emerson said, “is the epitome of our times, and the Rome of today.”

London has always been a popular destination within Europe.  Given its’ age as a city, and the vast array of historical, political, and social events and movements that have taken place within the community, there is a dramatic number of museums, gardens, palaces, galleries, cathedrals, parks, concert halls, neighborhoods and shopping destinations to visit.   Depending on the length of an individual stay, visitors to London will have ample opportunity to take in many of London’s most famous sites – including such historic places as:

When was the last time you visited this enchanting city?  If you haven't yet visited, is London on your bucket list?  When would you like to visit?

Posted by Let's Adventure! We Can Show You The World! at 2:18 PM No comments: 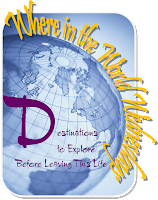 In honor of the Summer Games, today we take a look at another destination within the United Kingdom.  This time it’s the Scottish home of the British Royal Family – the Balmoral estate. 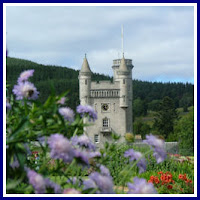 In the shadows of Lochnagar, set amongst the spectacular scenery of Royal Deeside, the Balmoral Estate which covers about 20,000 hectares (just over 50,000 acres) acres of heather clad hills, ancient Caledonian woodland.  The estate itself goes back to late 1300’s when King Robert II of Scotland had a hunting lodge there.  The first permanent house was constructed in 1390, and additions and expansions were made to what eventually became a castle through the ensuing years, and caught the attention of Queen Victoria and Prince Albert in 1847 while they were on holiday in the nearby Ardverikie by Loch Laggan.

Unlike most of the other castles and residences that are official state-owned properties that they Royal Family uses and enjoys, Balmoral Estate is a privately owned residence.  It was purchased by Queen Victoria (Queen Elizabeth II’s great-grandmother) in 1848, and has been the Scottish home for the Royal Family ever since. Upon her death is was passed to her son King George V, who passed it to his son King Edward VIII, and following his abdication, it was purchased by his brother King George VI who succeeded Edward.  Elizabeth II received the Estate after her father’s death in 1952.

Over the past 150 years with careful stewardship by the Royal Family and their estate management staff, the estate has preserved the wildlife, scenery and architecture which is available for all generations to enjoy.  During the spring and early summer months when the Royal Family is in not residence, the grounds, gardens and exhibitions are open to the public on a daily basis.

Balmoral is a wonderful venue for a day out and during the open season you will find lots of activities to participate in.  Activities such as guided walks and tours, luxury land rover safaris, plus the annual Balmoral Road Races and the St. James’ Place Foundation Half Marathon.  A featured favorite are the “Running the Highlands” training weekends – covering fitness training, running, flexibility, sports massage, nutrition, pilates, and running form and technique.  Additionally, salmon fishing is available on the River Dee, and the estate hosts car enthusiasts who gather for car rallies and exhibitions on the grounds.   Select areas of the grounds are available for private parties and events, including wedding receptions.

Balmoral is a working estate mostly 1,000 feet above sea level, though there are seven Munros or mountains over 3,000 feet.  Throughout the estate deer stalking, grouse shooting, forestry, and farming are the main land uses. The estate provides an important recreational benefit to members of the visiting public and a range of user groups – and even provides accommodations that can be rented in a variety of cottages and lodges from 5 to 13 guests.  Pets are welcome but must be controlled at all times.

For more information about how you might be able to experience the splendors of Balmoral, or other remarkable destinations throughout the Scottish highlands contact me at 317.776.1733 or via my website.