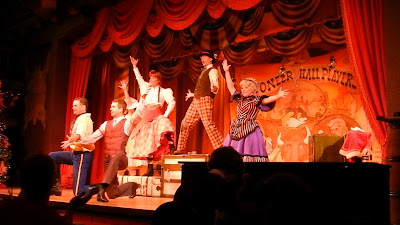 Hoop Dee Doo Musical Revue is a fun-filled dinner show inside Pioneer Hall at Disney's Fort Wilderness Resort and Campground.  It has been in its near original format since it premiered in 1973.  The dinner is an all-you-care-to-eat family-style meal filled with fried chicken, cornbread, beans and other tasty selections.  It's corny at times, but a very fun performance.
Posted by Let's Adventure! We Can Show You The World! at 7:00 AM No comments: 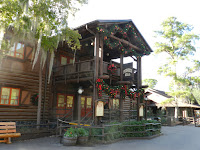 Posted by Let's Adventure! We Can Show You The World! at 8:38 AM No comments: 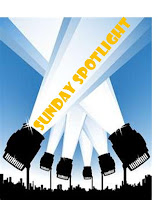 Disney's Fort Wilderness Resort & Campground® first opened at Walt Disney World® Resort on November 19, 1971, just about six weeks after the debut of the Magic Kingdom Park®.  Surrounded by the existing forests found along the shores of Bay Lake, this rustic playground was designed to provide opportunities for visitors to “bring their own accommodations with them” – whether by tent or RV.  The campground is nestled on 750 acres of pine and cypress trees, surrounded by quiet trails and gentle wildlife, like deer and rabbits where guests can feel as if they're far away from the bustle of modern civilization - even though the Magic Kingdom is just a short boat ride away! 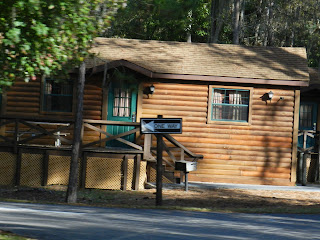 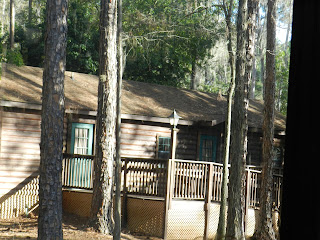 The resort is comprised of both campsites and cabins.  There are 784 campsite locations and 409 cabins.

On the campsite side, there are 4 different types of campsites, including new Premium Campsites, that can accommodate everything from tents to pop-up trailers to 45-foot and longer vehicles, with a maximum 10 Guests per site.  Amenities vary, but each campsite is equipped with:

On the cabin side, the cabins can accommodate up to six guests, plus one child under 3 in a crib.  They each feature a double bed, a set of bunk beds, and a separate living room with pull-out sofa, a bathroom and full kitchen.  There’s an outdoor patio deck with picnic table, charcoal grill and private parking space.  Plus daily housekeeping is provided.

The resort includes two pools, a children’s pool and water play area, white sand beach for sunbathing, canoeing, tennis, fishing, marina for watercraft rentals, an arcade and other assorted recreational activities.  The Tri-Circle D Ranch is located at Disney’s Fort Wilderness Resort where guests can enjoy the petting farm, pony rides for the little kids or horseback riding for the bigger ones! 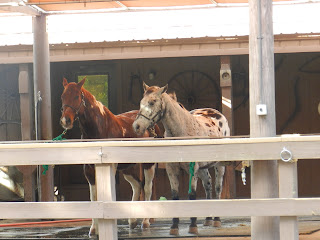 The resort features table-service dining at Trails End Restaurant which offers an all-you-care-to enjoy breakfast and dinner, or simply enjoy the a la carte lunch menu; and Crockett’s Lounge offers pizza, nachos and a full service bar.  Guests will also find a seasonal Character Dining experience at Mickey’s Backyard BBQ; and you don’t want to miss the most popular Dinner Show available at all of Walt Disney World® Resort – the Hoop-Dee-Doo Musical Revue found at Pioneer Hall not far from the resort’s boat dock and the petting farm. This all-you-care-to-enjoy family-style dinner show is one of the longest continuously running musical shows in the nation, tracing it’s beginnings back to 1973. It sells out quickly, so be sure to get reservations early – you can reserve your table up to 180 days in advance. 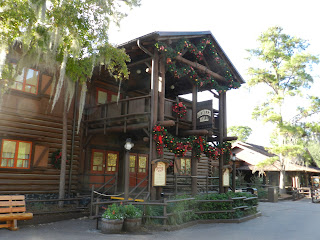 Disney’s Fort Wilderness Resort & Campground® is a resort that can be considered both a value and moderate level resort - value for the fact that camping accommodations can be found for as little as $19 per night depending on site type and season - and moderate level for the home-like cabins.  It is located in the Magic Kingdom area of Walt Disney World.  Convenient boat transportation runs daily to and from the Magic Kingdom, and convenient bus transportation will take guests to all other parts of the Walt Disney World® Resort. 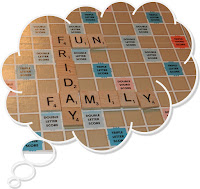 It's time once again to take a look at activities that can be done outside the theme parks at Walt Disney World!  Previously I've talked about boating, miniature golf, and bicycling - all relatively inexpensive activities that you and your family could enjoy on non-theme park days.  Today we'll look at an activity that is not as inexpensive, but could be done on either a theme-park or non-theme park day:  Disney's Spirit of Aloha Dinner Show.  The show is performed nightly at Disney's Polynesian Resort.

As a family, we have enjoyed this show twice in the past 18 years:  once on our honeymoon, and then again in 2004 while on vacation prior to the arrival of my daughter.  (I'd say it was time to see it again!)  The first time we saw it - while on our honeymoon - was part of a non-theme park day.  We had spent the day leisurely enjoying boating with a romantic picnic lunch, shopping and other fun stuff.  The second time we saw it, with our boys, was part of a theme-park day.  We had spent the day in the nearby Magic Kingdom, taking the boat from the park over to the Polynesian when it was time - then returning back to the Magic Kingdom via Monorail. after the show concluded.

Like the two other dinner show opportunities at Walt Disney World, the Spirit of Aloha includes an all-you-care-to-eat feast, featuring tastes and delights from Polynesia, and beer and wine are included for those over 21.  It features enchanting music, costumes, and authentic dances. Our favorites were the two different fire-dancers.  They were really cool! 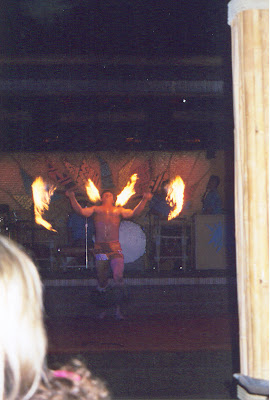 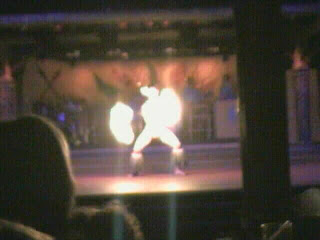 As I mentioned previously, this show is not as inexpensive an activity as some of the others I have previously highlighted - but it is an experience that is well worth it, at least once. The cost per person depends on the seating location, and whether you choose to attend during peak or non-peak periods.  But no matter which show you attend, tax and gratuity are already included in the price.  For an adult, it currently costs between about $55 - $75.  Kids (3-9) are less, coming in between about $30 - $40 - and of course the littlest kids (under 2) are free.  If you are a Tables in Wonderland cardholder, you can save 20% off the cost.  And if you are on vacation using the Disney Dining Plan, you could exchange 2 Table Service Credits per person for entry into the show.


The luau has been running at Walt Disney World nearly since the resort first opened.  Originally performed on the shores of the Polynesian Resort, a few months later being moved into a specially designed area within the protected shelter of what has become to be known as Luau Cove. It is a very popular show, usually selling out pretty quickly, so securing reservations early is key.  Reservations are available as many as 180 days in advance. So prior planning is important.
Posted by Let's Adventure! We Can Show You The World! at 10:11 AM No comments: