My little sweetpea is 13 today! My, my how the time has flown by since this lovely young lady jumped into our lives, and added a wonderful layer of fun, enchantment, and delight. As our youngest officially enters the world of teenagers, she continues to grow in grace and beauty and continues to melt my heart, just like she did the first time I laid eyes on her in the hospital 13 years ago today. She may not be small any longer, but she'll always be daddy's girl. I love you, Annie! Happy Birthday! 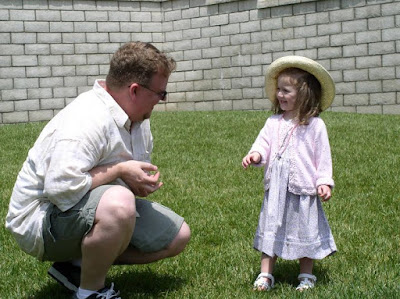 Posted by Let's Adventure! We Can Show You The World! at 7:09 AM No comments:

Email ThisBlogThis!Share to TwitterShare to FacebookShare to Pinterest
Labels: Adventures with My Kids, stopher's stuff

They Don't Stay Little for Long. Blink and They're Grown.

These three. They are my pride and joy. One of them is now 21.
Time keeps moving forward, that's for certain! 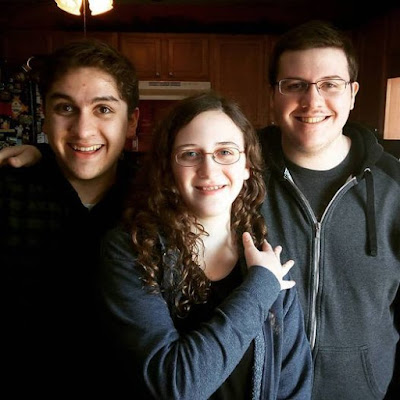 Posted by Let's Adventure! We Can Show You The World! at 9:00 AM No comments: 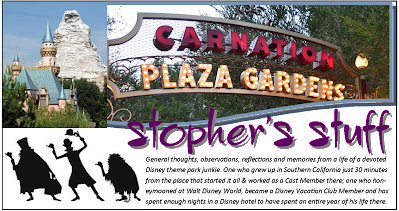 This past week marked the 10-day period prior to our next trip to the World.  Yes, that's right, we're heading south once again, going to Walt Disney World.  I'm getting pretty excited.  It's been over a year since the entire family was there together.  I've made two, or is it three, solo visits down there since our last family excursion... it's time for the whole bunch to be there together once again.  We'll be staying at Kidani Village, at Disney's Animal Kingdom Lodge. We have a 1 bedroom, Savannah View, villa, and I've already done our online check-in. Fun stuff!

This is going to be another No Parks trip for us.  Our first such trip was last year - the last time that we were all there together - though on that trip we did go to a water park.  But there are so many things to see and do at WDW, that you don't HAVE to go to theme parks.  Sure they are the primary draw for guests, but I mean really, with 43 square miles - there's a lot to see and do without ever stepping in the parks.  Plus the entire family is pumped about being able to sleep in.  We're at the stage in life, with 2 active teens, and 1 getting active elementary aged child, that we're on the move constantly going here, there and everywhere. The entire summer this year has been filled (will continue to be filled) with one activity or another - many of which taking one, two or more family members away from home for a night up to a week at a time.  This ONE WEEK where we're going to be in Florida is the ONLY week where we will ALL be together at the same time, for the entire time.  So way back in the early spring when we figured that out - we grabbed this reservation, deciding it was better to get away together - than be at home together and ultimately allow the temptation of friends pull our teenagers away from home for this, that, or whatever.

So we're looking forward to sleeping in, hanging out in the room, playing games (regular, wii and whatever the Community Hall has), exploring other resorts, checking out the horses at Fort Wilderness, exploring Downtown Disney in a non-rushed manner, heading over to the Atlantic for a beach day... and whatever else suits our fancy.  There are other activities that we could do - several I've discussed previously in the blog - and we might do them, but we might not.  We're pretty much going to take each day as it comes with NO AGENDA.  Whatever we do, it will be nice to just be together.  Time with our eldest at home is fleeting now, as he prepares to begin his Junior year of high school, and soon enough prepares to head off to college.  We're grabbing the moments that we can and savoring them before life changes again.

This past week was also the Fourth of July - Independence Day.  It's been very, very hot and dry here in Central Indiana, so our county banned all private fireworks for safety precautions.  While somewhat sad, I was pretty pleased that they made that call.  Just days prior to the decision, a grass fire was ignited in the common area behind our house... just about 4 houses away from our house. How did it begin?  By carelessness with fireworks.  The burned patch was pretty big too.  When I walked my daughter out there to take a look at it the next day, I commented to her that it was larger than her bedroom, she replied, "No daddy, it's much bigger than my room!"  We were both amazed at the size of it, but of course fire spreads - and quickly.  So there were no fireworks at our house last week.  The boys were bummed, my girls were sad for no sparklers - but all in all, it was ok.  Plus we'll have the opportunity to watch fireworks in just a little over a week now.  We've decided one evening - whichever it ends up being I cannot say yet - that we'll try to watch the fireworks either from the Top of the World lounge at the Bay Lake Tower (since DVC just opened up that perk to any DVC member staying on points at any DVC resort for a limited time), or from the beach at the Poly.  We've never done either... so we'll see which one works out for us.  (I've watched the fireworks from the ferry dock at the TTC before... but the family has only ever seen them from inside the Magic Kingdom).

The BIG thing for us on Independence Day was going to the movies.  That is really not something that we do all too often, simply because of how expensive the whole experience has become - but from time to time we do it.  But an Independence Day Movie has become somewhat of a tradition for us.  This was the 4th year in a row that we've done that, but sadly this year we separated and went to two different films.  While I wanted to see The Avengers with the boys and my wife, neither of us felt that that movie was appropriate for our daughter.  Julie had been watching all of the other Marvel action hero flicks with the boys in preparation for The Avengers, so she went to see that one, and I took Annie to see Brave.  It was a good flick - I think it would have been better as a mommy-daughter venture, but I did enjoy it.  I most loved spending time with my daughter.  She's very much into Daddy right now... so I'm soaking it all in while it lasts.

Coming up this week on Wednesday - the 2013 resort reservations will be available at both Walt Disney World and Disneyland.  Plus it is highly rumored that a new round of Free Dining at Walt Disney World will be made available for the late fall months in 2012.  It's shaping up to be a good week for vacation planning.

And now, it's time for another installment in stopher's theme park adventures (the continuing entries of trip report narratives originally posted over on the DIS boards).  This time we go back in time to May 2009, when I took my boys on a Father-Sons Adventure, for Star Wars Weekends at the Walt Disney World Resort.  We had a great time on that particular weekend in May, though both boys were a bit disappointed in that the events at Disney's Hollywood Studios were not Star Wars "enough" for their liking.  Neither one cares for the "Clone Wars" adventures that have been released in the past few years, and were very disappointed that any part of that was included in the weekend events. They WERE both very happy to have gotten Peter Mayhew's autograph, however.  The autographed pictures still hang in their respective spaces at home. 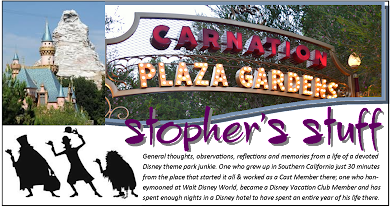 For the past several years I have written down thoughts, impressions and general experiences that I have had inside Disney parks at both the Disneyland and Walt Disney World Resorts, and shared those in the online Disney community known as the DISBoards.  While I had fun writing these at the time, and enjoyed the comments and feedback that others in that community shared as they read through the adventures, I have stopped writing them simply because they became too time-consuming for me, as I simply had too many trips to Disneyland and Walt Disney World to "document".  My participation in that online community has also dwindled following the career change I encountered in 2011.  I have less time to give in that arena, as practically all of my time now is devoted to the continued building of my own travel business.  Anything that I write now is geared for my own website, this blog page, and my other social media outlets.  While I miss the camaraderie and friendship that I enjoyed over there on a semi-regular basis, I still enjoy interacting with several of the "regulars" from that world in this world that I've created for myself.

So with that, and not wanting to lose those entries, rather desiring to keep them "for posterity", I decided it might be fun to post links to those threads here inside stopher's stuff.  While the artwork above should probably read "stopher's theme park adventures" - I just kept it the same as the blog title itself... stopher's stuff.

Each adventure that I post will have its' own entry.  For this initial entry, I'll start off with the Daddy-Daughter Adventure that I took with my sweet princess in September of 2010.

A Daddy-Daughter Adventure TR - Sep'10@AKV
A long time ago, well not really that long ago in the scheme of things, but about 6 years ago… I had two sons that I treated each to their own Father/Son Adventure … to Walt Disney World. Both of them. Individually. Just my son and I. And both trips were awesome! The elder was just 8 at the time, and the younger was 5. And we had such fun together… making lots of cool memories that they both still talk about to this day.

Earlier in that same year, my daughter was born. Now while we did in fact, as a family, take our daughter on a plane and head west when she was just 6 weeks old (and enjoyed both Disneyland and Disney's California Adventure on that trip), her time would just have to wait to be able to fully enjoy a special one-on-one trip with her dear old dad. Well that time arrived this year, and that’s what this little narrative is all about: My Daddy Daughter Adventure with my own little in-house princess. A tale full of Disney princesses, characters, animals and other fun stuff.  for more... click the link  A Daddy Daughter Adventure - Sep. 2010 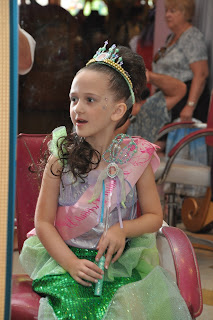 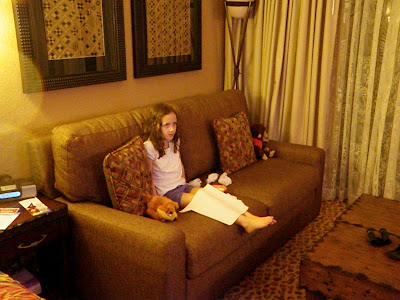 Posted by Let's Adventure! We Can Show You The World! at 10:03 AM No comments: